Max and Leah immediately kissed each other in the hallway. While I was still hanging the key on the board, I felt my friend hug me from behind, rub her hands over my upper body and then immediately began to open my pants. 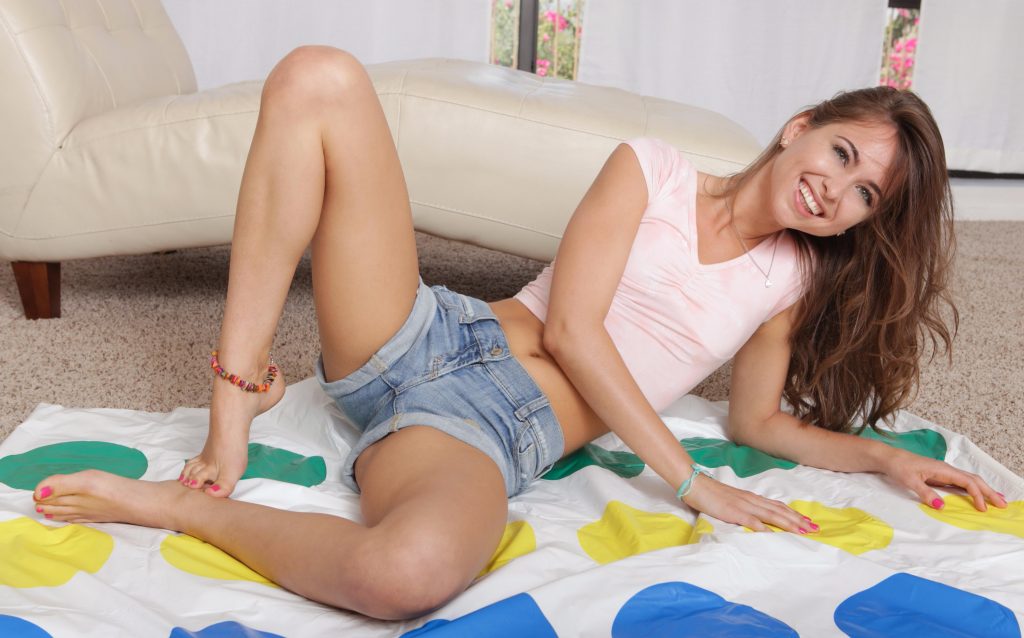 My pants and underpants fell to the floor in one go. My penis, already hard again or still hard, stood up hard. Longed to be touched. My friend fulfilled my unspoken wish and spread her spit on my glans. “Well, did you just get turned on in the car to see us?” I didn’t answer, just turned it around. She only let go of my penis until she had grasped.

‘Did it make you horny that Leah came through my hand?’ She grabbed me tighter and looked me in the eye. ‘I would have preferred if it had been your cock.’ This sentence brought absolute horniness. “We should go to the bedroom too, don’t you think?” Asked my friend after she let go of my throbbing penis. When she got up, she took off her top in one elegant movement. Standing in front of me, she rubbed her bra and squeezed. She sighed slightly and looked deep into my eyes. My gaze kept switching back and forth between her face and her breasts. Then I agreed with her.

We both undressed before entering the bedroom. Even when it was clear to me what the sight would be, I stopped for a moment and sucked it all in. Leah rode her friend backwards and so sat on him with her face turned to us. I had never seen either of them from this perspective. I especially loved seeing her contorted face and hard nipples. Her red hair swung back and forth with every movement.

As soon as I was on the bed, I was already on top of her and was immediately inside her. We both couldn’t wait to finally continue where we were interrupted several times. We’d waited far too long for it, but now it was finally time. It felt so good, so satisfying, so fulfilling. After such a long teasing, the feeling was just overwhelming. It was so awesome, I completely forgot that we weren’t alone. My focus was only on my girlfriend.

I propped myself up on my elbows and my forearms behind her back so I could grab and hold her shoulder. Meanwhile, she swung her legs around my waist again, holding me tightly. My thrusts were firm and deep, but always at a controlled rate so that her body kept begging for more.

Max moaning reminds me how close I was all along before coming too. I wanted to watch the two of them again, I wanted to see how they climaxed. With a firm grip I grab my friend and roll her on top of me. She understood immediately and began to ride me. Now able to set your own pace. Immediately I looked to the side, watching the couple. Leah had stopped riding him. She was now kneeling on the floor between her boyfriend’s legs and sucking his cock. 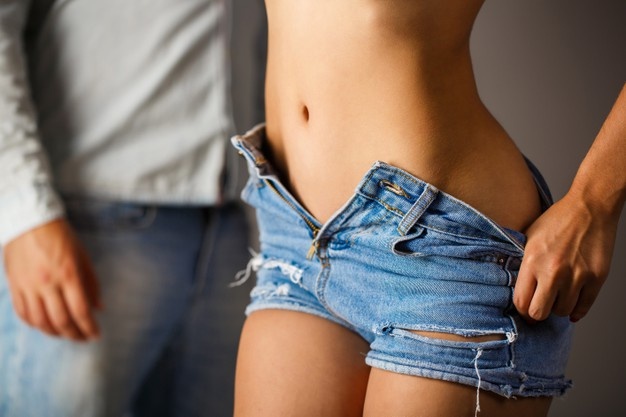 A moment later, with her mouth open, she moved her head back a little, stuck out her tongue, and took one off him with both hands. My friend had turned her head to the side and was watching them while she rode me gently. When Max came, his friend aimed as best she could on her tongue and in her mouth.

Somewhere in the back of my mind was the thought that the others were probably watching us right now and it turned me on. It moved me to hold out a little longer, to give both of them a really great show.

When I came I felt like my whole body was shaking. I closed my eyes, my breath caught. I felt a hot wave spreading inside me, my glans burned with pleasure. My cock twitched, sperm pumped and spread warm inside her. I felt it slowly run down my penis. When I opened my eyes again a few moments later, my friend grinned at me. She was still moving slowly back and forth.

When I came I felt like my whole body was shaking. I closed my eyes, my breath caught. I felt a hot wave spreading inside me, my glans burned with pleasure.
Even if I had just come, my lust hardly subsided. Tenderly, I ran my fingertips over her body, circling her hard nipples. Then Leah suddenly groaned next to me. She was lying on her stomach next to us and looking at us. Her boyfriend had just grabbed her hip and penetrated her again from behind. He probably didn’t have enough either.

I watched for a while how her mouth opened a little wider with each sigh and her eyes half closed. Her lust face looked incredibly sexy. And in order to enable her boyfriend to penetrate as deeply as possible at this point, she had pushed her incredibly hot bottom up. I stared at him for a while, fascinated, admiring the perfect shapes.

Then I wanted more again. I grabbed Mina by her hip and let me fall on my side with her before I slipped away and turned her onto her back in front of me. She understood immediately and lifted her legs. Immediately she grabbed my penis and led me back into her. Her inner heat received me immediately, sucking me into her lust. I grabbed her thigh and my thrust got harder. She had now closed her eyes and moaned lustfully from her half-open mouth. She had clung to the bed with her hands.

I looked her in the face. Saw her dark hair, which lay tangled next to her. Her cheeks were flushed. Her breasts jiggled invitingly with each of my thrusts. My gaze wandered deeper, I looked between her open legs. Saw my thick penis open her, her vulval lips tightly closed around him. Our juices together showed our lust.

Her breasts jiggled invitingly with each of my thrusts. My gaze wandered deeper, I looked between her open legs.

I put one of her legs on my shoulder and ran my finger down it. Reached her glowing center, touched her swollen clit. I started rubbing it, hearing her moan of lust intensify.

I had now closed my eyes, too, I was completely concentrating on my lust. The memories of the sauna popped into my head from one moment to the next. Suddenly there was Leah in front of me again, my hand in its most intimate area. The scene played itself over and over again in my mind’s eye. The moment when she pressed against me, I slipped two of my fingers into her. I was still incredulous about it, it was so surreal, so awesome.

Then I came back to reality. Heard the bodies clap each other again, wet smacking and excited moans. My gaze wandered to the right. I looked at Leah’s naked body, her red hair, her gentle back. Max held her by her waist so I could see her shapely buttocks in full glory. How he bumped against her and she pressed against him. He was flushed. Probably from her lust and the clapping of her boyfriend’s hand, which can be heard over and over again.

I couldn’t help it. As if I were being led by an alien force, I raised my hand and clapped it on Leah’s bottom. I heard her sigh with pleasure to her general moans. I repeated it a few times, each time it echoed across the room. Her sigh became more pleading and she pressed more and more against my hand. After the last time, I put my hand on her bottom. I could feel how the forceful thrust of her friend pressed against it.

I gripped the flesh of her reddened ass tighter, pulled slightly to the side and saw the crevice of her bum open wider. Excited, I watched how Max’s cock disappeared again and again, her lips tightened around him and how the hot juice of her lust covered her lap.

I leaned forward and let Mina’s legs slide next to me. Kissed her breasts and licked her hard nipples. She wrapped her arms around me with relish and tilted her pelvis forward. I got a little deeper into her and her grip tightened even more.

The waves of her orgasm along with her incredibly hot reaction were just too much for me. As if in slow motion, I felt my climax rise in me. I didn’t need to move at all, the static feeling of union was more than enough. The sting spread, reaching my balls, which immediately started pumping. At the same time my climax shot through me too, making me collapse on her moans. Satisfied, but also exhausted.

As if in slow motion, I felt my climax rise in me. I didn’t need to move at all, the static feeling of union was more than enough. When I slipped off her a while later, the room had gone quiet. I hadn’t even noticed whether our roommates had come before or after us. But by now they were finished too. I peered over my friend to see her chest rise and fall gently. Her eyes were closed. Max and Leah were lying next to them, she was lying on her back while he had snuggled up against her from the side. I smiled and let myself fall back. It was just a perfect flat share. 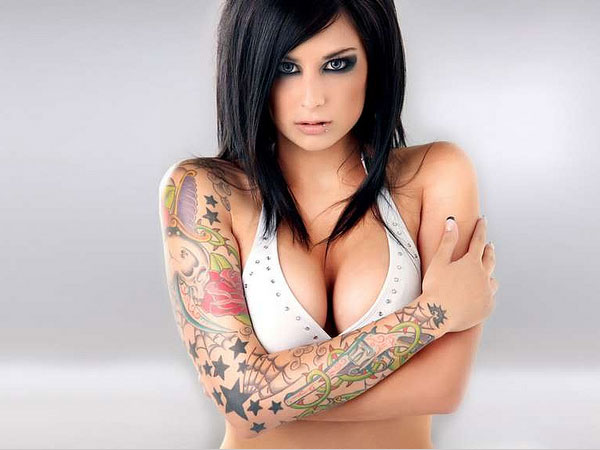